Adjustment of vibration frequency and inclination of vibrating screen 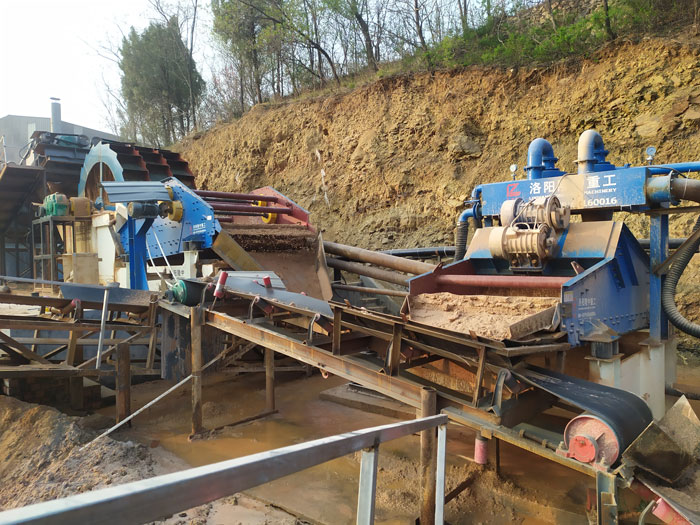 The width of the screen surface is the main factor that determines the production rate of the dewatering screen. To ensure the screening effect of the material, the material on the screen surface needs to have an appropriate thickness. When the thickness of the material is constant, the passing capacity of the material mainly depends on the width of the vibrating screen, so the wider the screen surface, the greater the production capacity. However, the width of the vibrating screen should not be too large. If the width is too large, it is difficult to ensure uniform feeding during use; at the same time, structurally, the force of the screen frame will also deteriorate, which will bring difficulties to design and manufacturing. The width series of vibrating screens in my country are generally: 1.2, 1.5, 1.8, 2.4, 3.0, 3.6, 4.2m. According to calculations, the economic cost per unit area of ​​the sieve is a 2.4-3.0m wide sieve. The area of ​​the dewatering screen we design and produce for users generally does not exceed this range.

The frequency of dewatering screen is often used in coal dewatering, desliming and removing media, because the dewatering screen with linear motion is generally installed horizontally and the inclination angle is zero. At this time, the movement of the material mainly depends on the projectile force that is at a certain angle to the horizontal when the screen surface moves. If a linear sieve is used for classification, the sieve should have an angle with an inclination angle of approximately 5-7°. 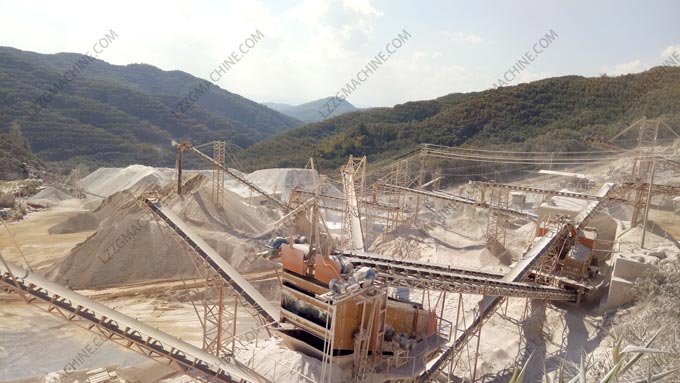 Solution to the blockage of the circular vibrating screen

The circular vibrating screen for mines plays a role in sand grading in the sand making plant. It has the characteristics of low noise, high efficiency, small size, and fast screen change. However, the screen may sometimes be blocked during the use of the equipment. Under normal circumstances, users can solve this problem through the following methods. A circular screen… 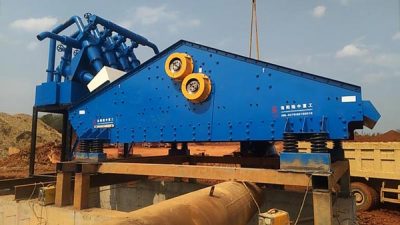 Vibrating screen is an auxiliary equipment in the production of mines, coal mines, electric power, steel and other industries. It can also be used in chemical, food, building materials, and other industries. The main shaft group is the main component of the vibrating screen, which is mainly assembled from pulleys, balance wheels, eccentric shafts, bearings, bearing housings, and housings. It…

Silica sand vibrating screen is driven by dual vibration motors. It is an advanced medium and small multi-layer screening machine. It can be used in single layer or multiple layers. The screen frame is generally made of steel. If corrosive materials are screened, the parts in contact with the materials Made of stainless steel. The installation method of the vibration… 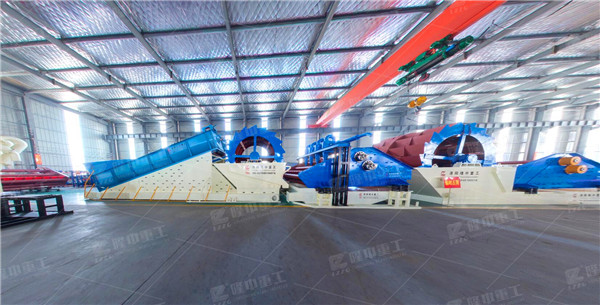 This set of sand washing plant is manufactured for a sand making plant in Peru. The output capacity is 100 tons per hour, and the sand washing plant is used for ore sand washing. Low cost, less equipment wear, durability, low water consumption, low noise during operation, and meet national environmental protection production requirements. On the other hand, the structure…