Since the inclination angle of the 5-row sieve surface of the banana screen gradually decreases from the feeding end to the discharging end, the inclination angle of the 300mm sieve opening near the discharging end is very small, and the screen machine does not have obvious ejection effect on the material, and the shape is very irregular. Difficult to sieve particles (300～450mm) can easily block the sieve holes. In addition, the opening rate of the 300mm sieve is low, and the normal production will be seriously affected after the blockage occurs.

It is precisely when some easy-to-think solutions are inconvenient to implement, the author creatively proposes to replace a new type of screen surface with a punched screen plate with an opening of 300mm. This screen surface must meet three conditions: one is not easy to be blocked; the other is a high opening rate; and the third is that it is easy to manufacture and maintain. The bar screen that can meet these 3 conditions is selected among many screen surface forms. The first plan proposed is to replace the bar screen with a sieve plate with an opening of 300mm, and fix the bar screen on the beam of the banana screen, vibrate together with the screen machine, and maintain a certain inclination; the second The plan is to replace the 300mm sieve plate with a bar screen, but the bar screen is not in contact with the screen machine, and the distance between each other is greater than the maximum amplitude of the screen machine in resonance; the third plan is in the second plan On the basis, in order to further increase the transport capacity of large pieces of material on the small inclination bar screen, all the bars are replaced with screws, which rotate at a certain angular velocity; the fourth plan is based on the third plan A further improvement is that there is no contact between the screen surface and the screen machine, the bars and the screws are arranged at intervals, the bars are fixed, and the screw rotates at a certain angular velocity. 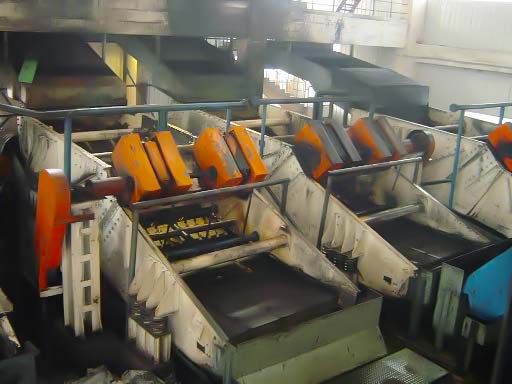 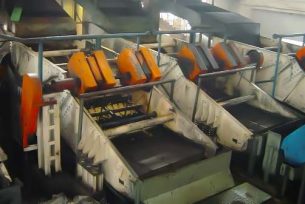 Application of banana screen JR banana vibrating screen is suitable for screening, dehydration, medium, desliming and other operations of coal, gravel aggregate, minerals and other materials. This series adopts different screening area, screen seam size, number of screen surface segments and leaning angle of screen according to the different uses and processing capacity of the screen. It is divided into… 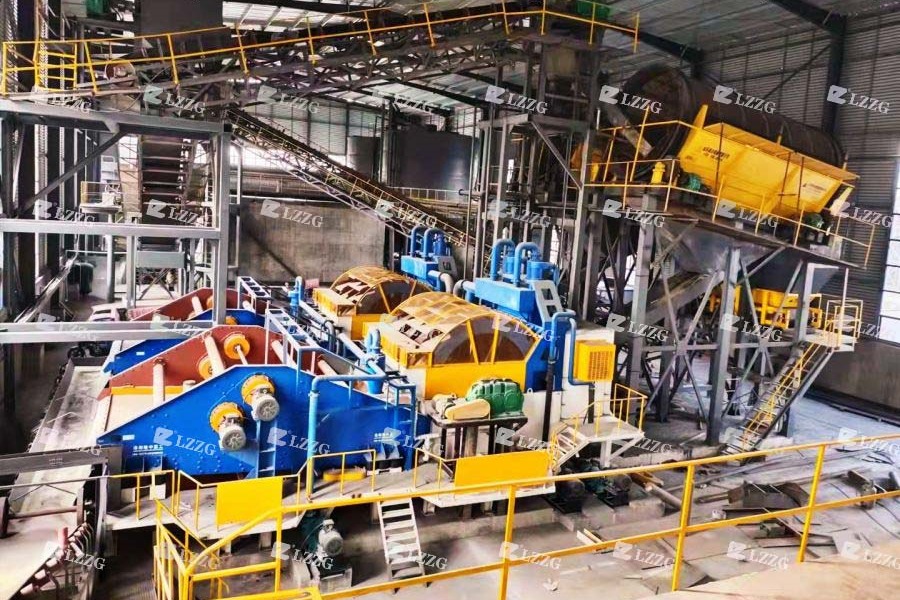