Silica sand rocking screen has higher processing capacity and screening efficiency than general inertial vibrating screen. Its essence is that this model can artificially control the movement trajectory and residence time of materials on the screen surface, that is, in a limited space, due to the movement of materials The trajectory is a nonlinear curve of velocity and acceleration. Therefore, the material and the screen surface have more contact with the machine filter, which of course increases the screen penetration rate.

Aiming at the above production problems of customers, the square rocking screen is redesigned so that it has a large processing capacity and at the same time ensures the screening accuracy. The single processing capacity is the same as that of the traditional linear vibrating screen under the condition that the screening accuracy value remains unchanged. -8 times; effectively solve the problems of site restrictions, excessive energy consumption, and increased labor costs. 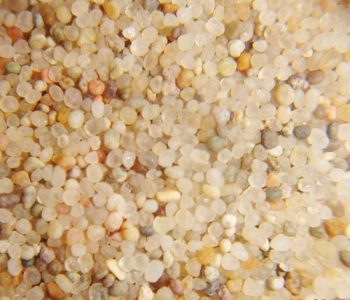 Is natural sand the raw material for making chips?

What is natural sand? Natural sand is formed by natural conditions (mainly rock weathering), and rock particles with a particle size below 5mm are called natural sand. Including natural sea sand, lake sand, quartz sand, river sand or gravel sand (that is, the minerals are naturally broken into fine grains). Natural sand is a particle core body formed after being…

There are many kinds of stones that can be used to make sand. Among them, pebbles, granite, basalt, etc. are often selected as raw materials for sand making, because these stones have higher hardness and the quality of the sand will be better, which is more in line with the material requirements of the construction industry. In addition to these,…

The sand making machine has a feed particle size of 35-60mm, a production capacity of 12-360t/h, and a finished product particle size of 0-5mm. It is suitable for medium hardness materials such as river pebbles, basalt, pebbles, marble, and perlite. Sand-making processing, and widely used in chemical, building materials, construction, metallurgy, water conservancy and other industries. The impact sand making…

What are the uses of ceramsite sand

What is ceramsite sand Ceramsite is made of clay, slate, shale, coal gangue, and industrial solid waste and other raw materials, and is sintered by ceramics. It is generally used to replace gravel and pebbles in concrete. Ceramsite sand has many advantages, so it is widely used. It has good water purification effect, low water absorption, good frost resistance and…